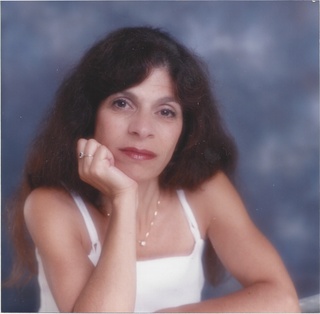 Marian Mesrobian MacCurdy, retired professor and former chair of the Department of Writing at Ithaca College, is currently a visiting professor at the University of Massachusetts at Amherst. Former administrative posts include special assistant to the Board of Trustees and the president at Hampshire College. Marian received her MA in British Literature and her Ph.D. in Humanities from Syracuse University. Her field of study is composition theory, and she taught at Ithaca College for 23 years, nine of that, as chair of the Department of Writing before moving to Hampshire College. Teaching and research interests include both research-based and creative writing genres such as the personal essay, the pedagogy of writing, and the relationship between writing and trauma: in particular how expressive writing can mediate the effects of trauma.  While Marian still has an abiding interest in writing pedagogy, as seen in her first two books, her newest effort, Sacred Justice, demonstrates a new direction, a cross-genre hybrid that embraces memoir, narration, history, and analysis, providing both deeper and broader approaches to complexities such as memory, truth, and the purpose of the literary arts.

In 1997 she received a research grant to study at the Cornell University School for Criticism and Theory, with her primary seminar—Psychoanalysis and Culture—presented by Jacqueline Rose. She participated in two accredited courses on psychological trauma for educators and medical professionals presented by Harvard Medical School in 1995 and 1996, with primary lecturers Bessel van der Kolk and Judith Herman. She is a graduate of the Higher Education Resource Services seminar for women in higher education administration at Wellesley College, 2002-2003.

She has published many scholarly articles, personal essays, and poetry in such journals as Raft, the Journal of Poetry Therapy, and the Journal of Teaching Writing. Publications include three books, The Mind’s Eye: Image and Memory in Writing About Trauma (University of Massachusetts Press, April 2007), Writing and Healing: Toward An Informed Practice, with co-editor Charles Anderson (National Council of Teachers of English Press, 2000), and her newest project published by Transaction Publishers in February 2015, Sacred Justice: The Voices and Legacy of the Armenian Operation Nemesis, a cross-genre book that includes both original documentation and memoir to tell the story of the operation to assassinate the Ottoman Turkish leaders who were the architects of the Armenian Genocide in which one and a half million people were murdered. Articles and essays include “The Four Women of the Apocalypse: Utopia or Dystopia” in an essay collection titled Dreams for Sale: Utopian Images and Narratives in Advertising, edited by Luigi and Alessandro Manca (Lexington Books, 2012); “Truth Trauma, and Justice in Gillian Slovo’s Every Secret Thing, in the journal Literature and Medicine, June 2000; and many personal essays, including “The Journey,” in a collection Teaching with Fire, edited by Sam Intrator and Megan Scribner with an introduction by Parker Palmer (Jossey-Bass, 2003); “Witnesses Into the Future,” in the literary journal Ararat, Summer 2001; and “Food for the Gods,” in Ararat, Summer 1998.

Marian has taught at Syracuse University, Onondaga Community College, Ithaca College, Colgate University, Hampshire College, and the University of Massachusetts at Amherst. She also has training and experience as a professional singer, having performed with Syracuse Symphony, Syracuse Opera Company, the Syracuse Vocal Ensemble, and the Cayuga Vocal Ensemble, among other groups. She is the mother of two children, Robert and Meline MacCurdy, and she is the granddaughter of Aaron and Eliza Sachaklian, Aaron being one of the three leaders of Operation Nemesis, and the daughter of Arpena and William Mesrobian. Arpena was director emerita for Syracuse University Press and the author of Like One Family: The Armenians of Syracuse. She currently lives near Amherst, Massachusetts.